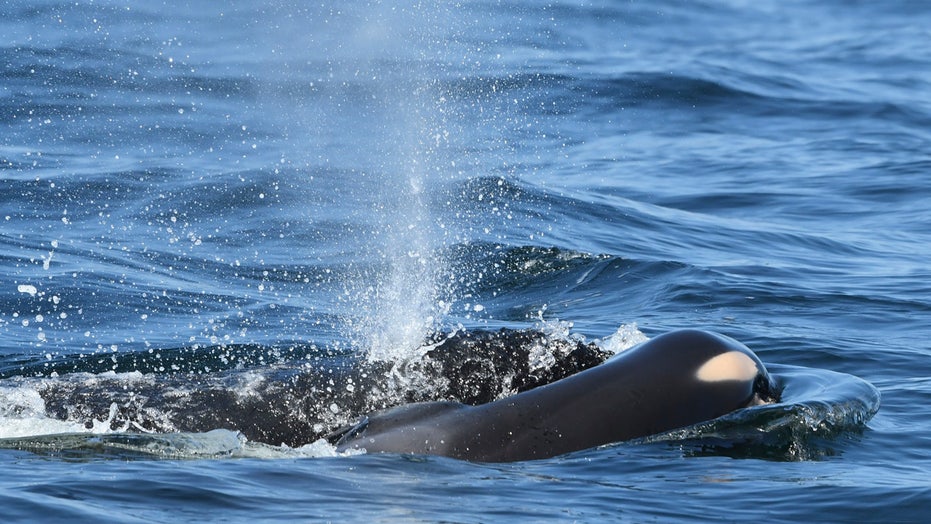 Tahlequah, the grieving killer whale who made global headlines in 2018 when she carried her dead calf for more than two weeks, is pregnant again, according to researchers.

The endangered orca, also known as J35, spent 17 days pushing the decomposing calf in the waters of the Pacific Northwest in 2018. The Southern Resident killer whale towed the calf for more than 1,000 miles, according to researchers, in what was dubbed Tahlequah’s “tour of grief.”

The mourning mother whale carried her dead calf for over two weeks, which scientists said is part of her grieving - file photo. (David Ellifrit/Center for Whale Research via AP)

In a blog posted on Sunday, SR3 explained that pregnant whales have been spotted among the Southern Resident killer whales. The research is based on aerial photos collected by Dr. Holly Fearnbach of SR3 and Dr. John Durban of Southall Environmental Associates. SR3’s blog post also contained aerial shots of another pregnant killer whale, L72.

“With such a small population (Center for Whale Research shows the population at 73 whales), every successful birth is hugely important for recovery,” explained SR3 in its blog post.

The Marine Mammal Commission notes that in June 2019 the population of Southern Resident killer whales was 76 in June 2019, its lowest point in 34 years.