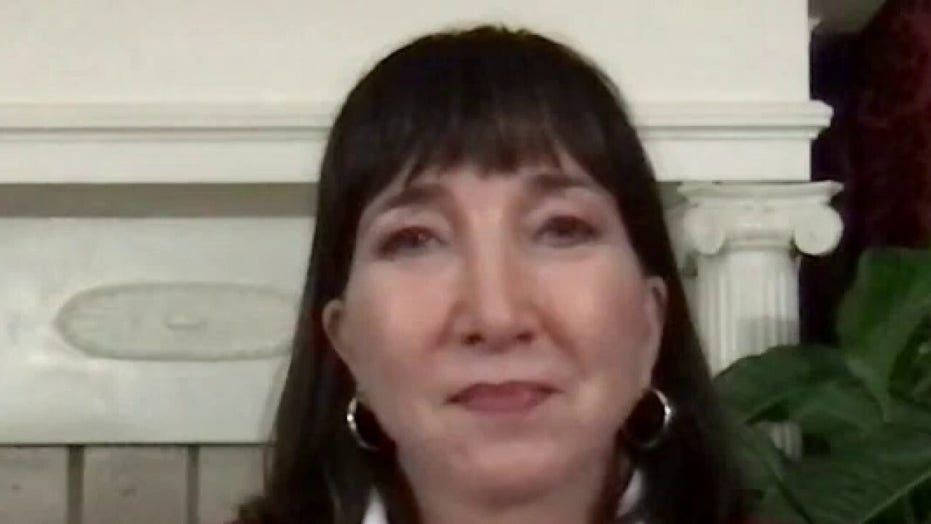 Libertarian Party on all 50 state ballots, but off debate stage

The Big Idea is a series that asks top lawmakers and figures to discuss their moonshot — what’s the one proposal, if politics and polls and even price tag were not an issue, they’d implement to change the country for the better?

Jo Jorgensen, the Libertarian Party's 2020 presidential nominee, is campaigning on a market-based health care vision where patients would shop for the best prices for services and providers would be forced to drive down costs to remain competitive.

Jorgensen, who is on the ballot in all 50 states and the District of Columbia, says when the government and insurance companies stop messing with health care, prices will finally stop skyrocketing. She points to laser eye surgery, which insurance traditionally doesn't cover, as a good example of what market-based health care could look like if expanded nationally. Costs eventually went down for the elective surgery at a time when overall health care costs went up.

"They know that with LASIK you're spending your own money, and you're going to spend it carefully," Jorgensen told Fox News. "So adjusted for inflation, if you look over 20 years from 1992 to 2013, the prices decreased 70% for LASIK."

She added: "Medical care prices, in general, during that same time period went up 125%."

CORY GARDNER'S 'BIG IDEA': KEEP PACE WITH CHINA IN THE SPACE RACE AND PREVENT IT FROM STEALING AMERICAN IP

Under Jorgensen's plan, health care would no longer be tied to employment. Individuals would shop around for their own individual health care plans. And in a big diversion from today's system, health insurance would be modeled after car insurance. Individuals would be on the hook to pay for regular check-ups and maintenance, similar to how consumers pay for getting gas, oil changes and their brakes repaired. Insurance would kick in for unexpected and catastrophic events.

While Democrats are moving closer to a government-run single-payer health care plan, Jorgensen takes the opposite approach. She says the closest thing now to a single-payer system is health care through Veterans Affairs hospitals, which Jorgensen considers a horrible system with "veterans literally dying on the waiting list."

"Every time I hear a politician say 'we need Medicare-for-all,' what goes through my mind is they are really saying 'We need VA Hospitals-for-all," Jorgensen said. "And I don't know anybody who thinks that the VA hospitals are the shining star."

Jorgensen shared her Big Idea of a market-based transformation of the health care system with Fox News. This Q and A has been edited for clarity and brevity.

Jo Jorgensen, the 2020 presidential nominee of the Libertarian Party, gives her acceptance speech during the 2020 Libertarian National Convention at the Orange County Convention Center. (Photo by Paul Hennessy/SOPA Images/LightRocket via Getty Images)

Q: What is your big idea?

Jorgensen: It is returning health care to the free market system. Emphasis on return, because what we're hearing politicians say is that the free market isn't working, therefore, we need to go to single-payer. But I have news for them: We haven't had a free market in close to a century, at least since World War II. When people ask me why I'm running for office, I tell them because government is too big, too bossy, too nosy, too intrusive. But the worst part is that they usually end up hurting the very people they're trying to help, and this is just one example.

You know, we are the only industrialized country to have our health care tied to employment, and it is absurd and silly. And the reason it is tied to our employment is because of what government did back in World War II. They had a wage and price freeze control, and there were companies who were trying to entice new workers. Employers want to hire the best employees and so they try to offer them more money. Well, there was a wage and price freeze control so they couldn't do that. So companies started offering benefits including health care. And so that's how we got this to begin with. And wouldn't it be nice if our health insurance acted more like our car insurance? There are so many people who hate their jobs but they're tied to them because they can't leave because of health insurance. Wouldn't it be great to have it like car insurance when you would feel like you had control over your life and control over your health care?

Q: Describe what health insurance would look like under your free market plan?

Jorgensen: It would be like car insurance. You get to pick whichever car insurance you want and you can pick higher and lower deductibles. However, the biggest problem we have is that our health insurance isn't insurance at all the way car insurance is insurance. Imagine if your car insurance paid for expected costs, like, gas, oil and carwashes. If our car insurance looked like our health insurance here's what would happen. We wouldn't shop around for the cheapest gas prices. In fact, we might even go to the nicest gas station where they give us free coffee while we wait, because what do we care? We would just whip out our little $5 copay card, and it wouldn't matter if we went to the nicest gas station or the cheapest. That means that the gas stations would have no reason to compete on price. And in fact, they could raise prices without us even knowing it because they would simply pass along the higher gasoline prices to the car insurance companies, and the car insurance companies in turn would raise our premiums the following year. And then we would be on this upward spiral, which is what's going on in health care.

There's absolutely nobody in the system trying to control health care costs. Patients have absolutely no reason to shop on price. Therefore, health providers have absolutely no reason to compete on price. And, in fact, most of the time you can't tell what the price is ahead of time. Imagine if that's how you bought a car. You say: I want a four-door sedan and they show you a four-door sedan and you say how much and they say, 'Well I don't know, go ask your insurance company. They're going to pay for it.'

Jorgensen: Yes, just like we shop around for gas prices. Singapore has a system that I would fashion after in the beginning, and their doctor visits are only $10. So their doctor visits are cheaper than our copay. Let me give you a couple of other costs from Singapore. A heart bypass here costs $130,000; over there it costs $18,000. Over here, knee replacement costs $40,000. Over there it costs $13,000. Health care costs there are about one-third per person of what they are here.

Q: You point to LASIK surgery and cosmetic surgery as two somewhat free-market systems and how they could serve as a model for the broader health care system. Explain how?

Jorgensen: The reason LASIK surgery is somewhat free market is that insurance doesn't pay for it. People have to shop around for prices. In fact, where I live, along the interstate that comes into town, there's a big billboard advertising the prices of a local LASIK place, because again, they have to compete on price because you're paying for it out of your own pocket.

You never spend other people's money as well as you spend your own. They know that with LASIK you're spending your own money, and you're going to spend it carefully. So adjusted for inflation, if you look over 20 years from 1992 to 2013, the prices decreased 70% for LASIK ... So now it costs 70% less to get something that's even better technology from 20 years ago. And same with cosmetic surgery prices have been going down. Now you look at health care costs, they're not going down 70%. They are going in the opposite direction. ... Medical care prices, in general, during that same time period went up 125%.

Q: You have cited the Singapore system and Indiana's state employees' health care system as positive examples. Do you view these models as a transition program in the United States to a totally free-market system?

Jorgensen: Yes. I would use [the Indiana model] as a way to get there. It isn't a completely free market, but it would be a first good step. The problem now is we couldn't simply say: OK, everybody, you're on your own. Everybody, go out there and look for the cheapest insurance you can because, unlike LASIK surgery, which has been under competitive forces for decades. Other things haven't been under competitive forces. Because of the government, the prices are bloated. They're inflated too high that we couldn't set everybody loose. The state of Indiana has a system that's similar to Singapore.

I would start with the veterans because they deserve so much more than what they've gotten. Every time I hear a politician say 'we need Medicare-for-all,' what goes through my mind is they are really saying 'We need VA Hospitals-for-all.' And I don't know anybody who thinks that the VA hospitals are the shining star. I don't understand how it's the same people who are advocating single-payer, or Medicare-for-all. They're the ones who abhor monopolies in the free market, and yet for some reason, they're okay with it in government. Why would a government monopoly be any better than a corporate monopoly? I would suggest it's worse because you really have less choice. And secondly, this is health care, it's life or death. Wouldn't you want a choice to go to somewhere else if somebody is not helping your problem?

So I would start with the veterans. And then, I would also have the program for everybody on Medicare and Medicaid. That way, we've got enough people with money in their pockets going around shopping that we start getting the prices down because we can't just do it with everybody. I think that would be enough to get the ball rolling.

Reading, PA - September 28: A detail photo of the section of the ballot with the selections for President. Joseph R. Biden, Donald J. Trump, , and Jo Jorgensen. (Photo by Ben Hasty/MediaNews Group/Reading Eagle via Getty Images)

Q: What do you think are the biggest obstacles to getting a free-market health care system?

Jorgensen: I think misinformation is a huge one. We've got politicians out there saying that the free market just doesn't work. But we don't have a free market.

Q: If your plan for a totally free market health care system is implemented, what do you think this will look like 5, 10, 15 years out? How do you think Americans will be healthwise, compared to how they are now?

Jorgensen: I think they'd be a lot healthier. It would look like LASIK surgery, where [costs have gone down and technology has improved]. My favorite example is looking at Bill Gates and Steve Jobs. The reason we've all got such great smartphones and our computers are so advanced is Steve Jobs and Bill Gates hated each other. They were always in competition, always trying to come up with the latest and greatest so that we would buy their product because we wanted the most we could get for our money. Right now, we don't have that. So imagine if companies had an incentive to reduce prices.