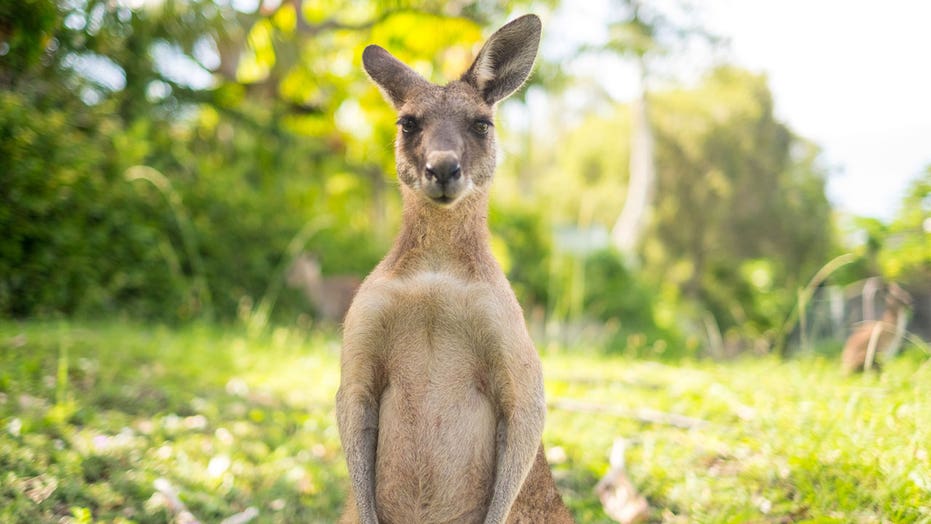 Just like so many HBO viewers in the late ‘90s and early ‘00s, it seems that kangaroos, too, are capable of becoming briefly enthralled with “Sex and the City” star Sarah Jessica Parker’s signature accoutrements.

A jogger from Australia was attacked by a kangaroo over the weekend, and officials believe it may have had something to do with the Sarah Jessica Parker scent she spritzed on before leaving for her morning run.

Tracy Noonan appeared on Australia’s “Ross and Russel” radio program to recount the ordeal, which occurred on Saturday in the Melbourne suburb of Beaconsfield, The Australian reports.

I thought, ‘Oh my goodness, this is now going to claw me to death,’” Tracy Noonan recalled of being knocked down by a kangaroo on her morning run. (iStock)

Noonan, who claims she often sees kangaroos from afar on her jogs, told the radio hosts that this particular kangaroo took a special interest in her, following her along and even jumping three fences to get closer. By the time the kangaroo was making its way over the third fence, she knew she was in trouble.

While turning to flee, Noonan said she soon felt the kangaroo hit her in the back, causing her to fall to the ground.

“I put my head back down because I thought, ‘Oh my goodness, this is now going to claw me to death,’” she said on the radio program.

Cautiously standing back up and inching away, Noonan distracted the kangaroo long enough to find safety inside a stranger’s home. But that didn’t stop the kangaroo from sniffing around the driveway.

For the next 20 minutes, she stayed inside with the residents — one of whom went outside to scare the ‘roo away — only to find that her stalker was still waiting for her when she eventually left their house.

“It was something out of a horror movie,” she remarked.

A local park ranger would later tell Noonan that her perfume — from Sarah Jessica Parker’s collection — was perhaps the reason that the kangaroo took such an intense interest.

Sarah Jessica Parker, seen here not being attacked by a kangaroo in 2016. (Raymond Hall/GC Images)

Noonan later admitted that perfume was a strange thing to apply before her morning run, but explains that she had briefly misplaced her deodorant and it was “all I could find.”

The runner also did not reveal whether she has any plans to ditch her SJP fragrance in favor of Kim Cattrall’s preferred scent.